Plane was taking off from a grass runway when it crashed, says the Transportation Safety Board 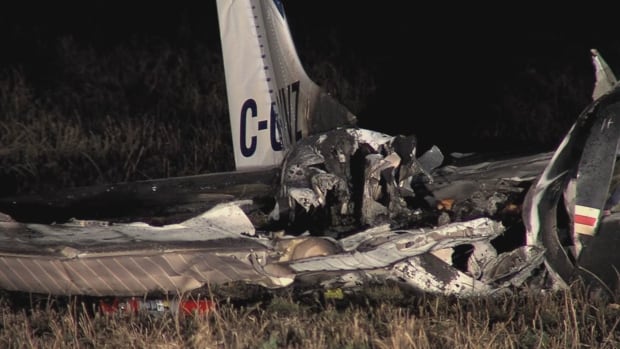 This is all that remains of the small plane that crashed in northern B.C. on Friday night. (CBC)

Two people are dead after a Cessna 207 crashed Friday afternoon in Taylor, B.C., about 15 kilometres south of Fort St. John.

The small privately-owned plane was taking off on a grass strip runway around 3:15 p.m. PT when the aircraft crashed.

Two were killed and the Cessna burned after impact.

The Transporation Safety Board is sending two investigators from Edmonton Oct 17 to gather information and assess the accident.

“The aircraft crashed on take-off and the two people on board were fatally injured,” said Jon Lee with the Transportation Safety Board.