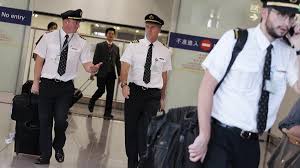 cancelling all flights, the company announced on Facebook end of March, 2018. The airline cited change in regulations that resulted in lack of pilots for regional airlines which led the company to shut down service, Wyoming News report.

Since then, the regional airline has been steadily decreasing the number of its destinations and in the past months was operating less than a dozen routes.

“Once serving numerous routes in many states and employing 1,600 individuals, the airline has been highly exposed to a growing pilot shortage that has forced even larger carriers to cancel service and reduce frequency in recent years,” said Regional Airline Association in a statement.

Despite suspending operations, the company has not declared bankruptcy and will continue operate certain segments of the business including support for Aerodynamics Inc. flights between Denver and South Dakota cities.

Great Lakes Airlines has been in operation since 1977 and was once the largest provider of Essential Air Services in the US.