Max Ginsburg, born in 1931 in Paris, is a social realist painter who draws his inspiration from the energy of New York City and its people. Ginsburg’s fine art reflected and represented his immediate environment: cart vendors, subway riders, street basketball and generally the people of New York, depicting them with unflinching clarity and dignity. 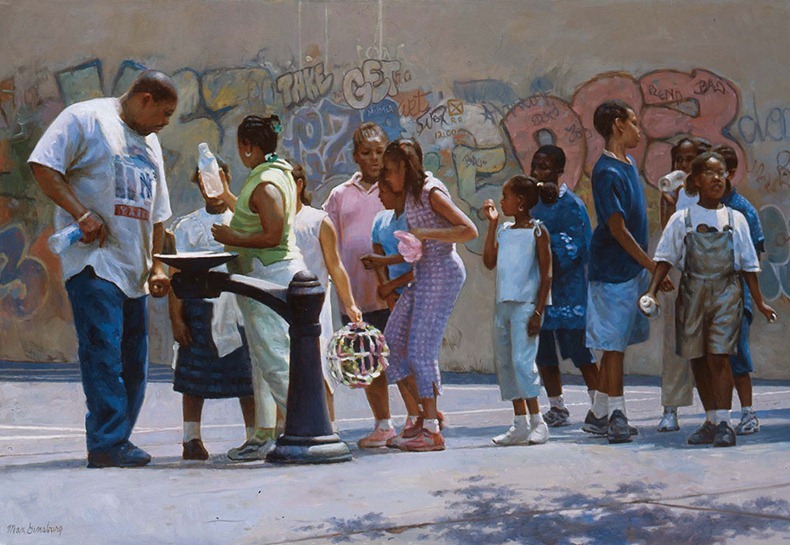 When Max Ginsburg entered the art world in the 1960′s, the modernist establishment was actively devaluing the place of representational art. By 1980 the art world still continued to embrace modernisms such as, conceptual art. As a result, Ginsburg turned towards commercial illustration to earn a better living. He soon found the same empathy that so frankly depicted his fine art’s populist realities could also very deftly fashion populist fantasies, his canvases of subway commuters gave way to images of headstrong women peering out onto wind swept prairies. 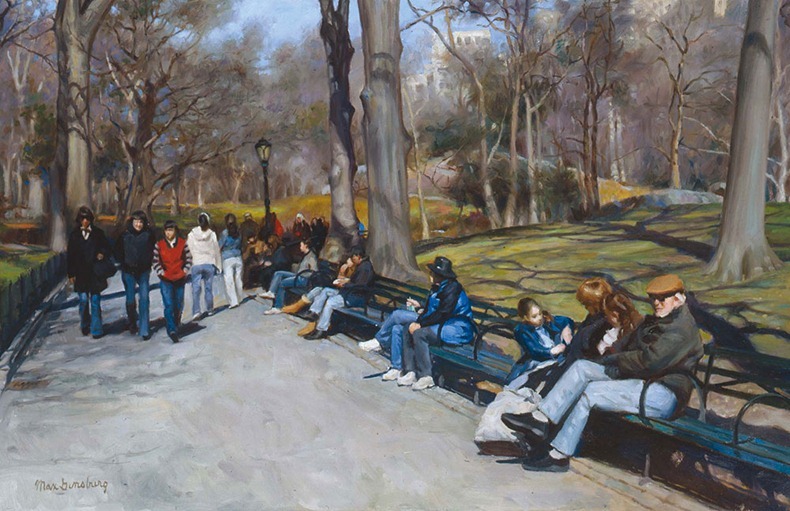 Ginsburg quickly discovered he had a propensity for the genre. His work went on to grace the covers of over 800 titles – far a field in their variety – ranging from John Knowles, “A Separate Peace”, to Pamela Pacotti’s, “Winds of Desire”. His romance illustrations appealed to readers’ wishes for exploration or escape: his buxom women were determined and intoxicating, their men handsome and strapping, the settings vast and promising of adventure. When working with revered authors like Mildred Taylor, his empathy and skill combined to produce tender depictions of friendship or family ties in the face of gross social injustice and random tragedy. 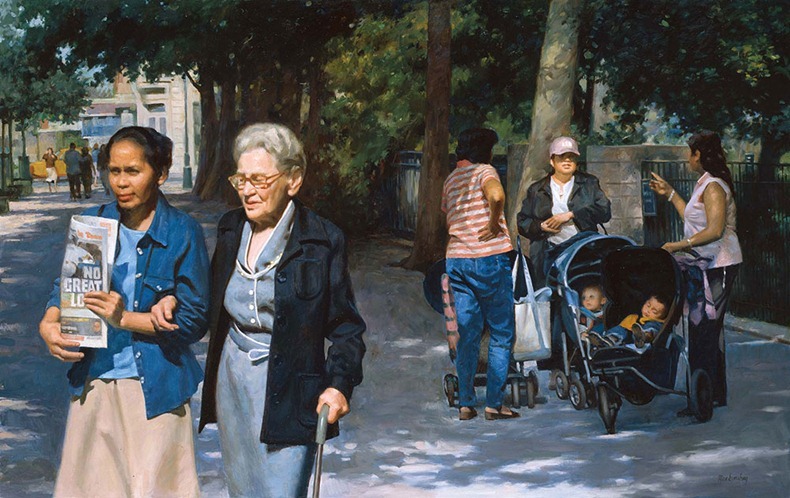 Max Ginsburg enjoyed a successful twenty-four year career in illustration, only retiring from the field in 2004 to concentrate again on his fine art. He lives on Manhattan’s Upper West Side and works at his studio in Long Island City in New York City.