3 in 1: B737 NG Type Rating + Base Training + Job Interview Simulation

B737 NG took off into the sky two decades ago and has no plans to land soon. This type of aircraft is the future that has already come. It is time to become a significant part of the fast-growing aviation world. Contact us to reserve a seat for training!

Worst Place To Be A Pilot Episode 1

Worst Place To Be A Pilot Episode 1

Sam Quinn becomes involved in a dispute as he attempts delivers much needed supplies to remote Papuan tribes people.
After flying home he up with malaria, a disease which could end his flying career. Guy Richardson is treated like royalty at the opening of a remote island runway.

Captain Matt Dearden battles severe turbulence to deliver local tribespeople to their loved ones, before becoming the first Westerner to be invited to one of their homes.

Captain Dave Burns finds himself sandwiched between an approaching storm and an active volcano as he negotiates his way back to base. Without the advanced technology the big jet airliners enjoy, he is forced to navigate his way through the clouds by sight.

New recruit Nick Holmes faces his final test flight. Pass – and he will be flying passengers for real. Fail – and he’ll be heading home.

Captain Matt Dearden faces a tough landing in Papua, an argument between local tribes and a dispute that threatens to turn in to a mass rock fight. Captain Danie Malan is put to the test as he tries to graduate to the trickiest mountain strips in Indonesia. And Captain Robin Rudderham experiences the threats that come with flying the super highway. 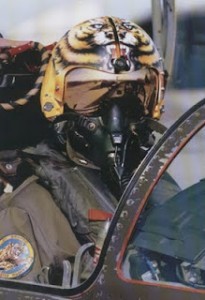