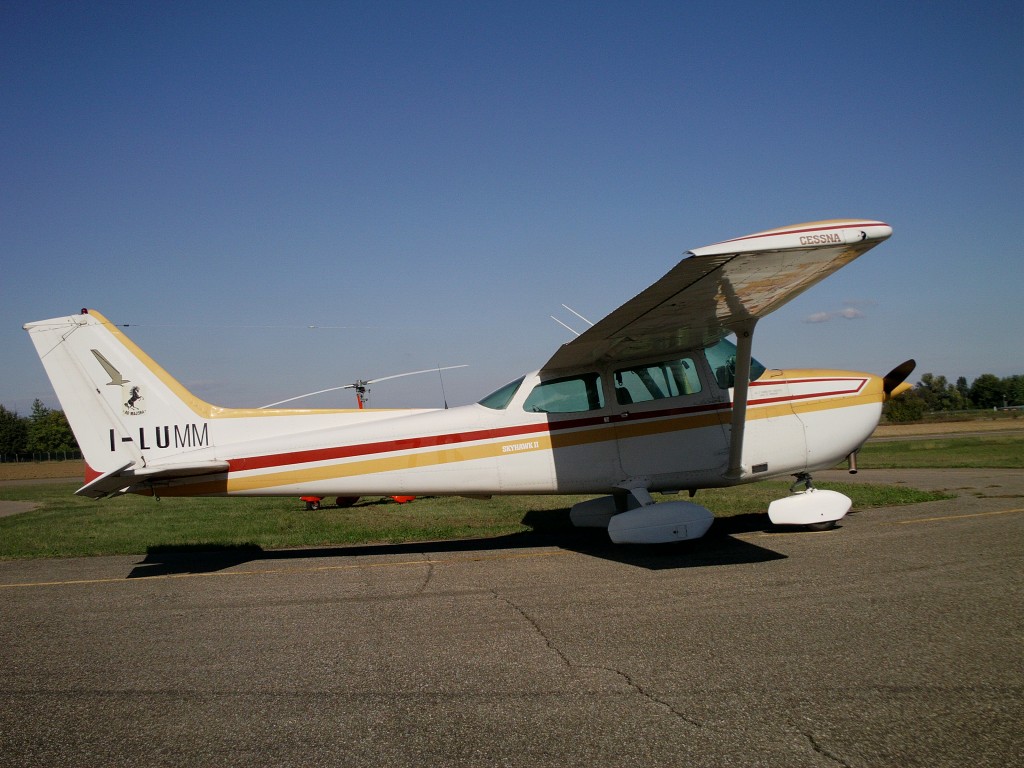 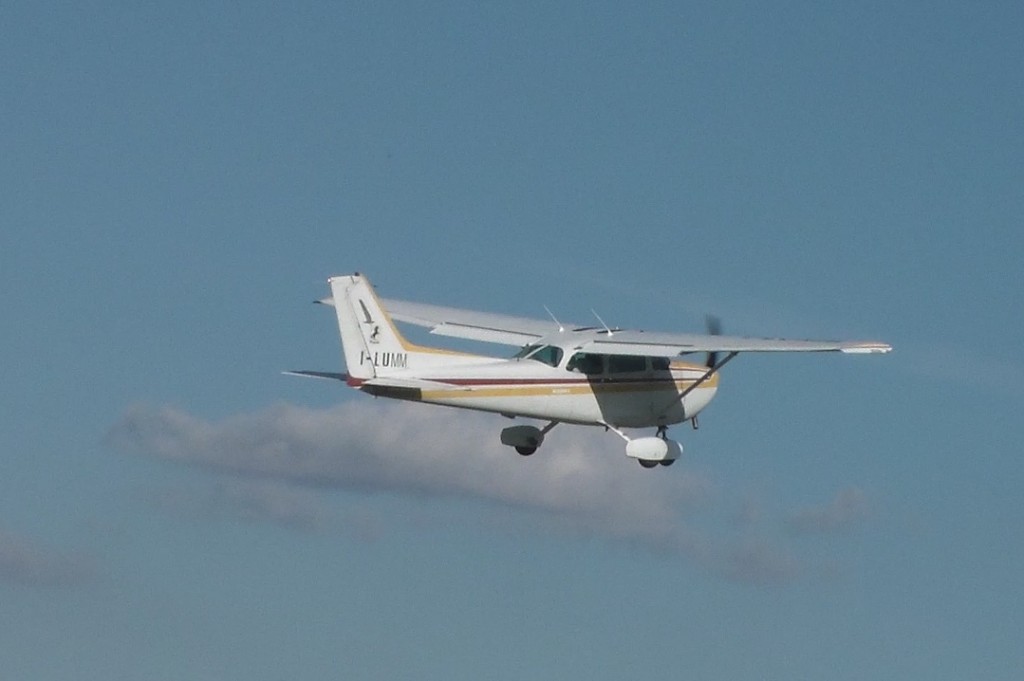 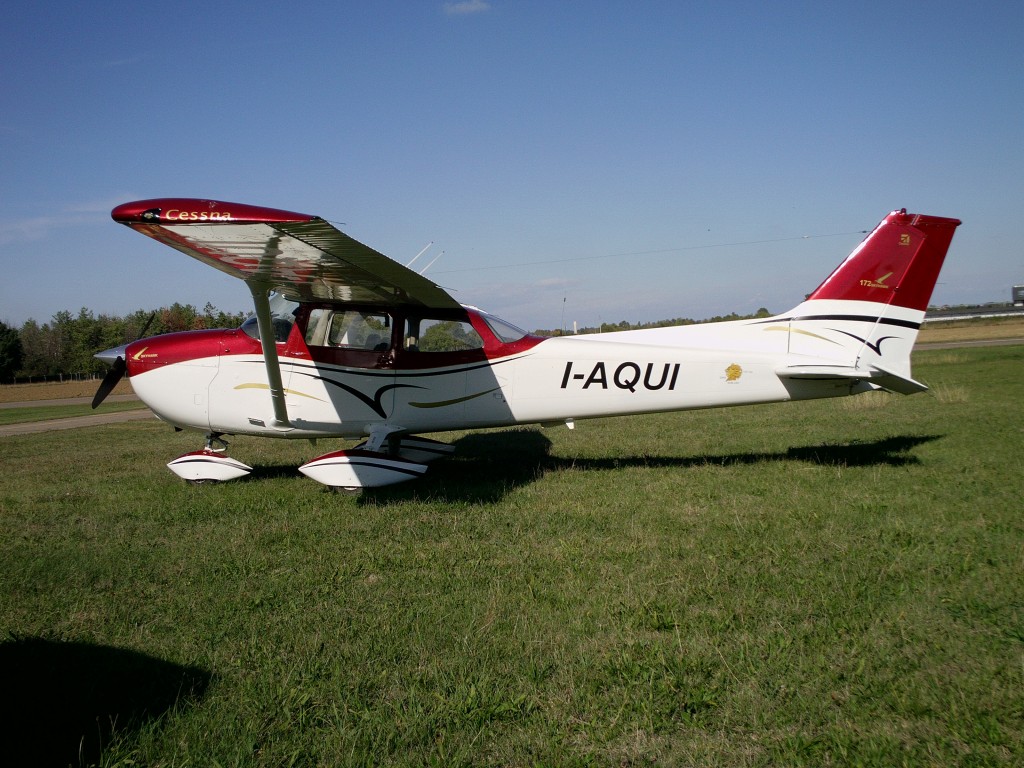 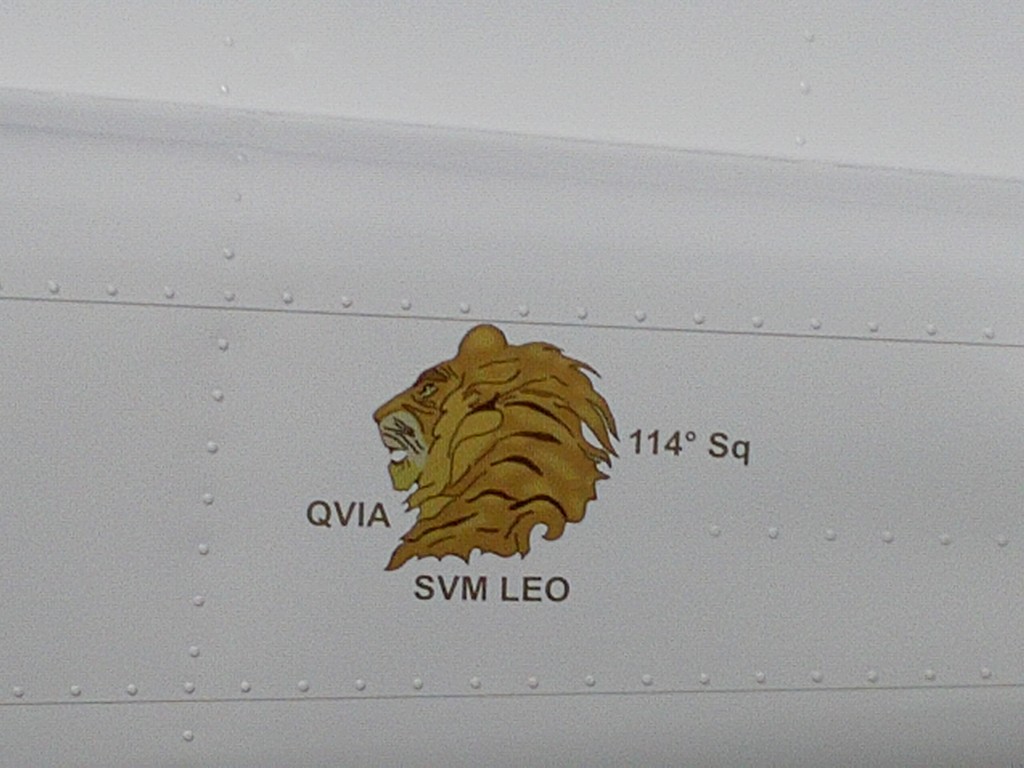 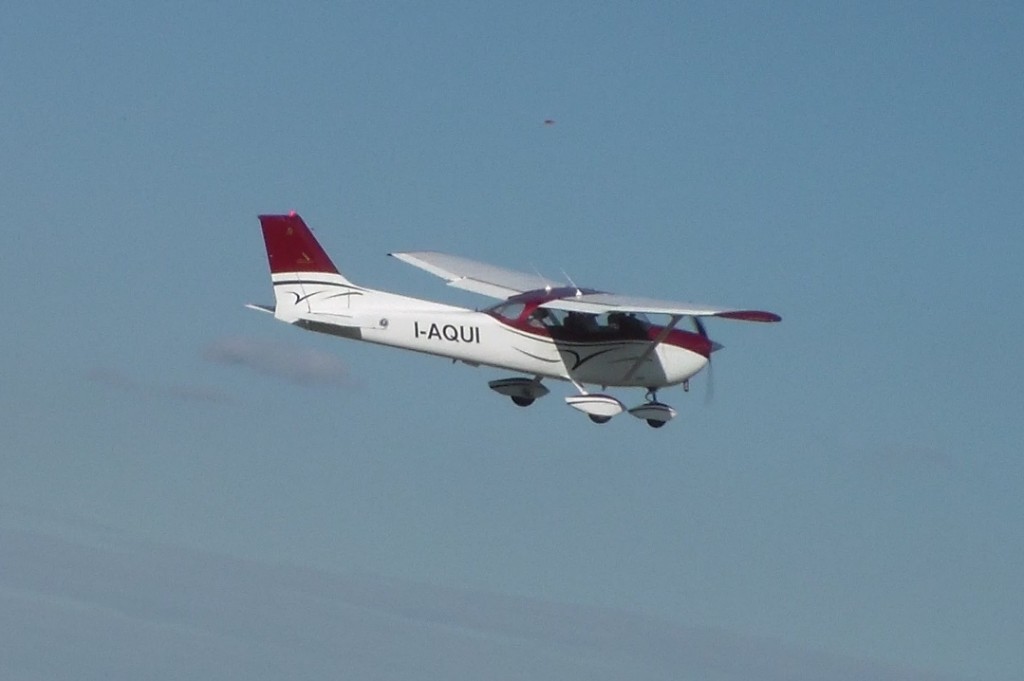 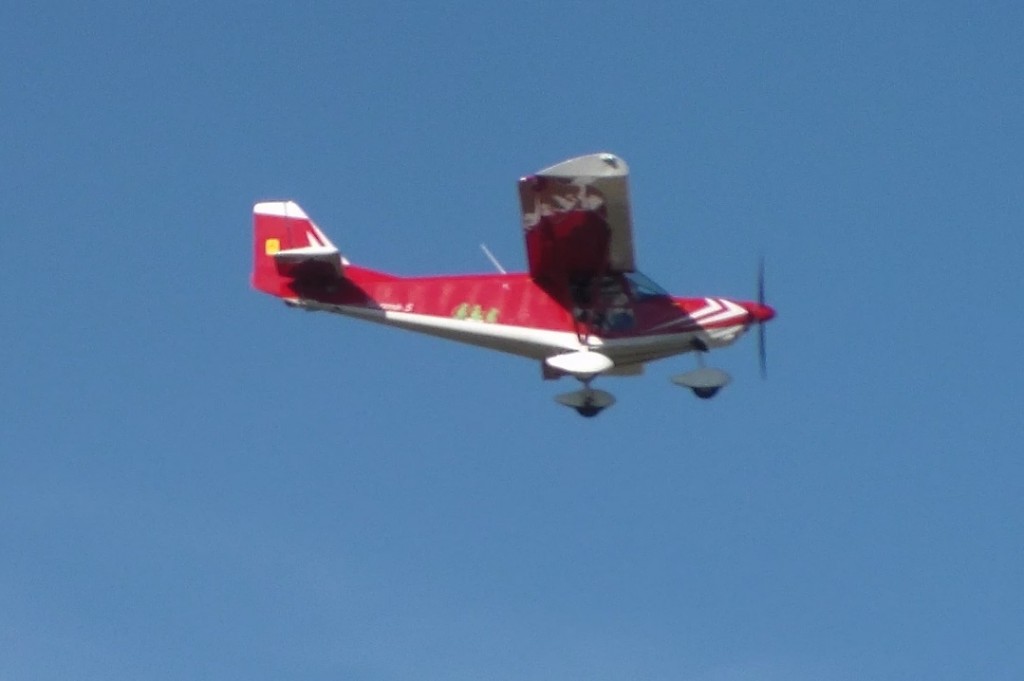 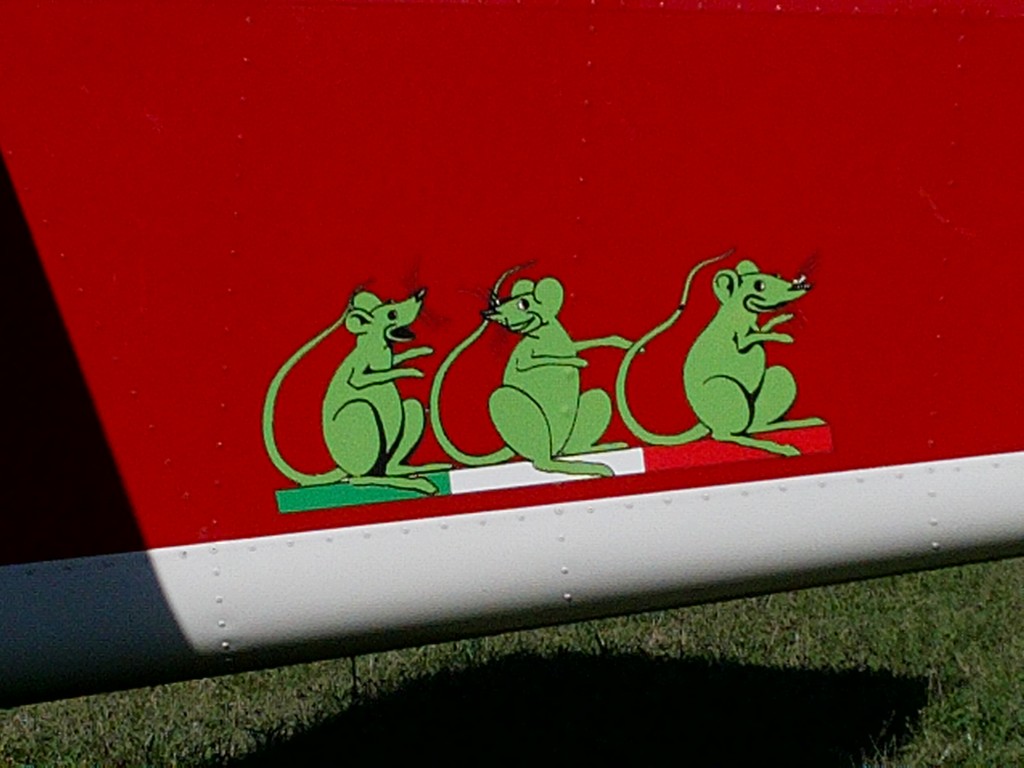 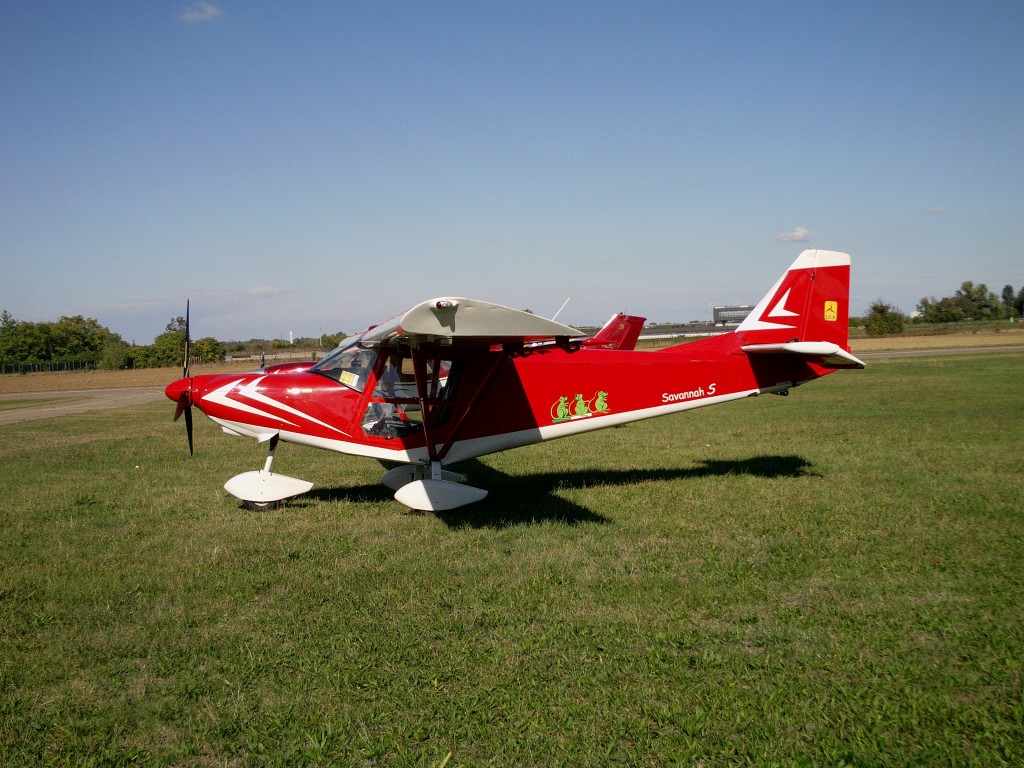 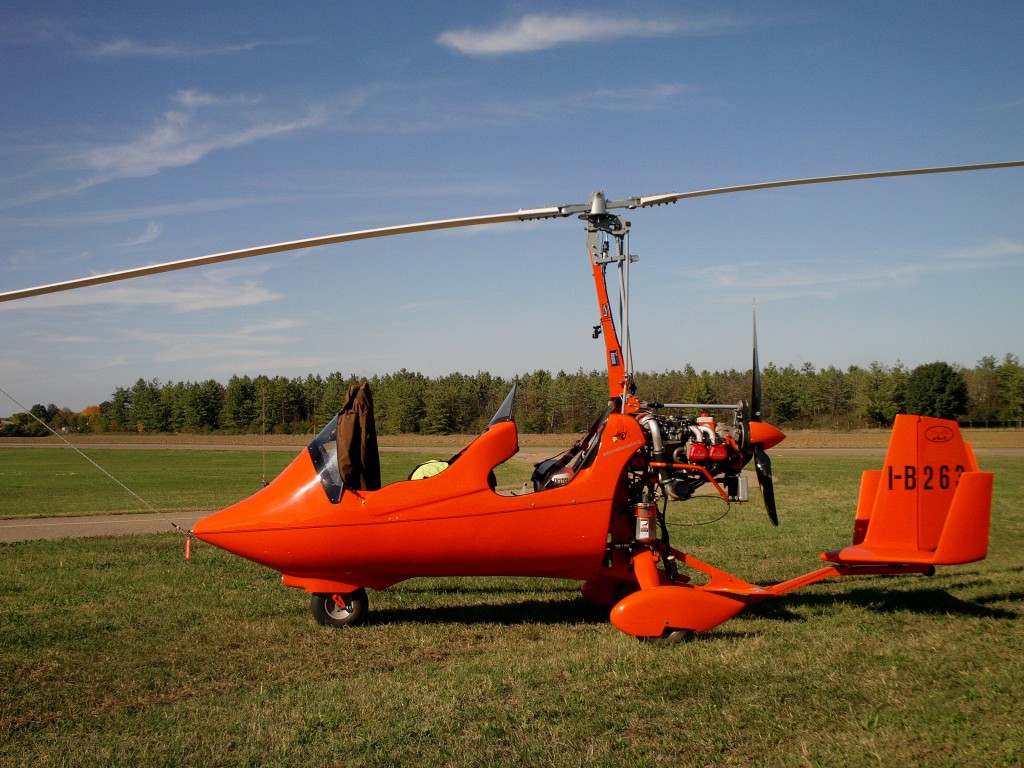 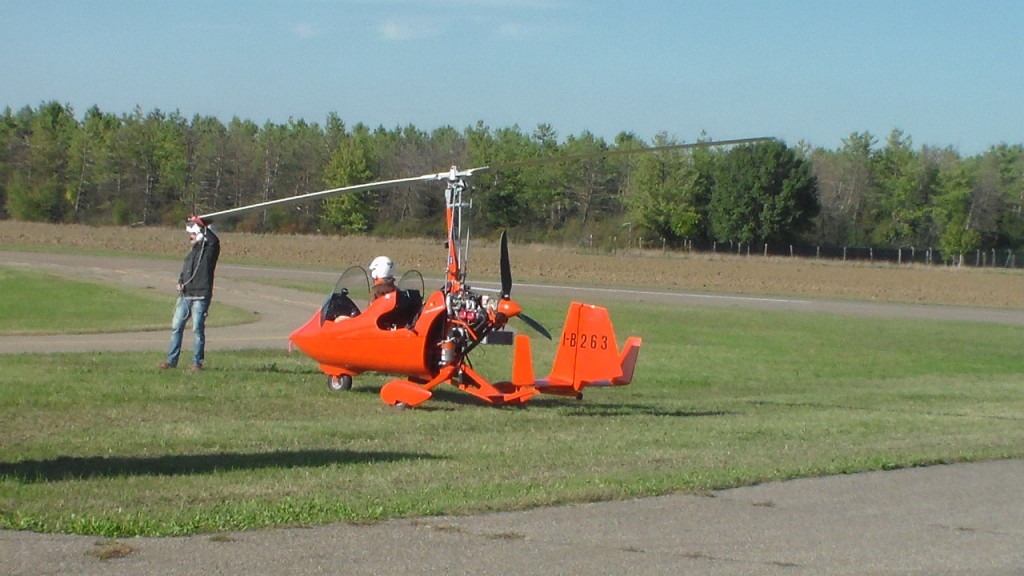 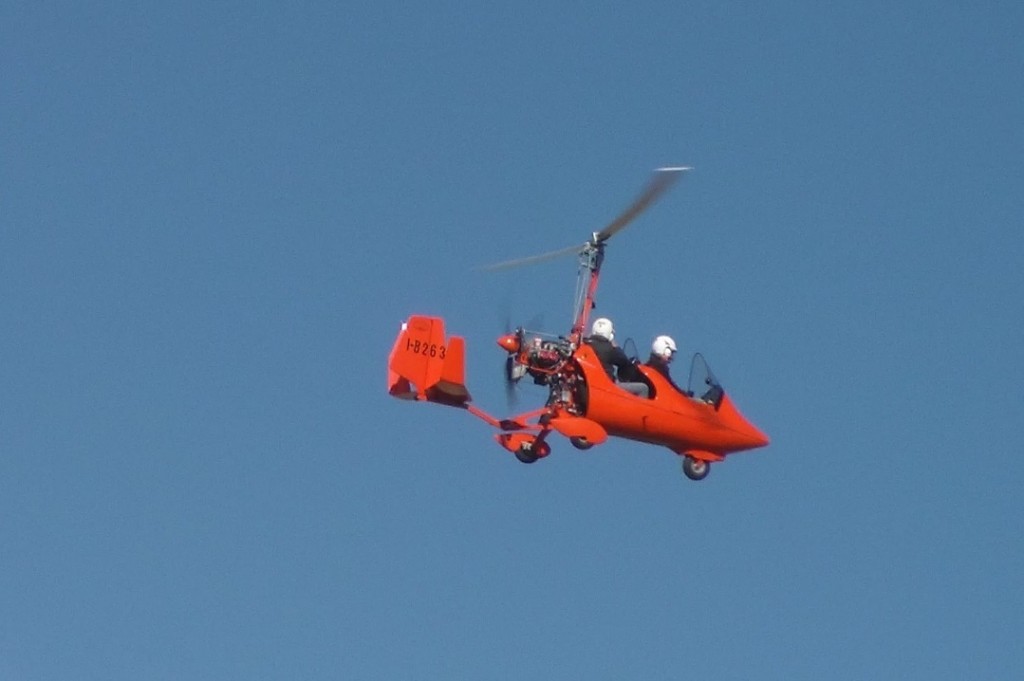 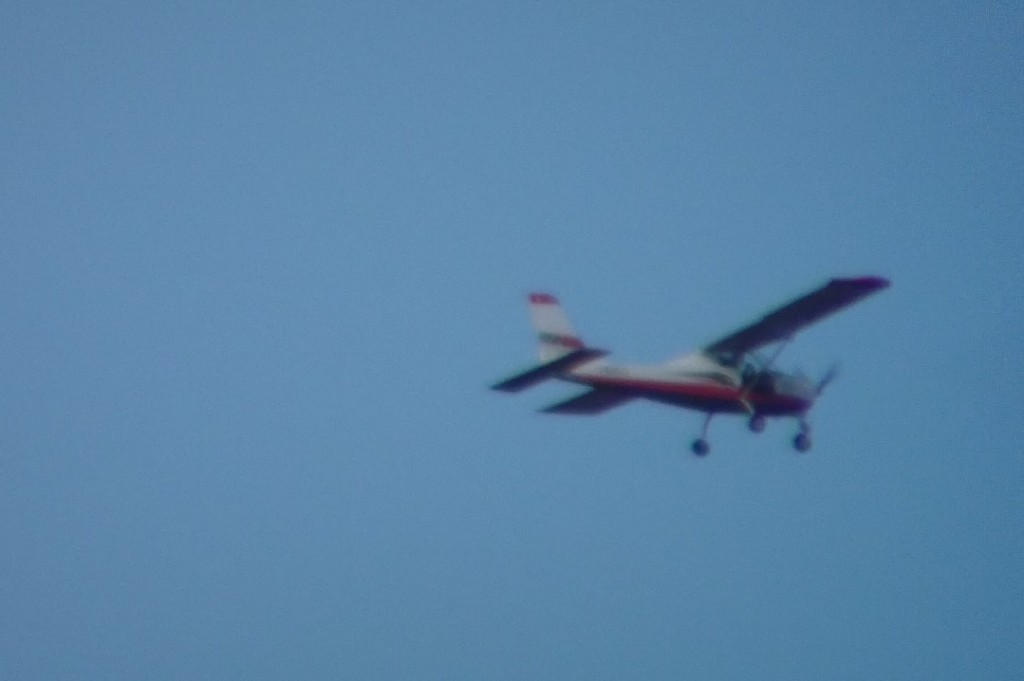 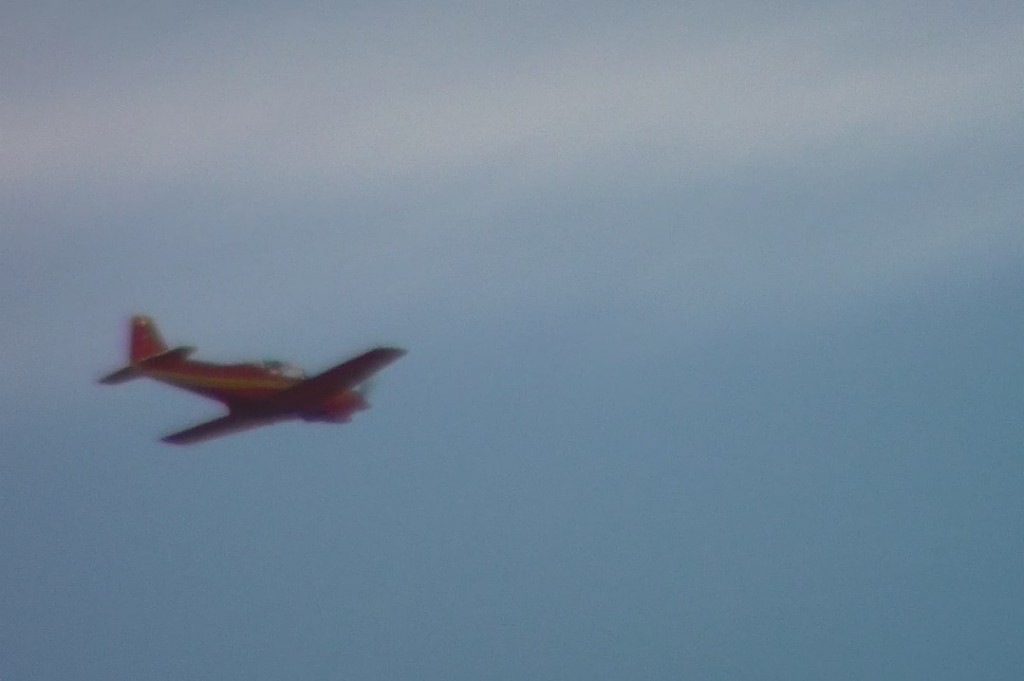 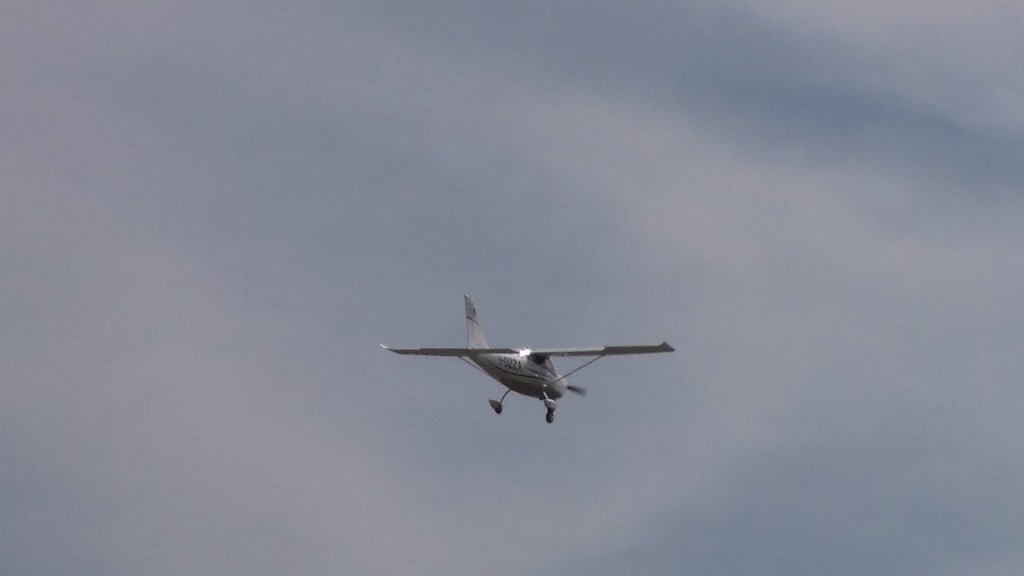 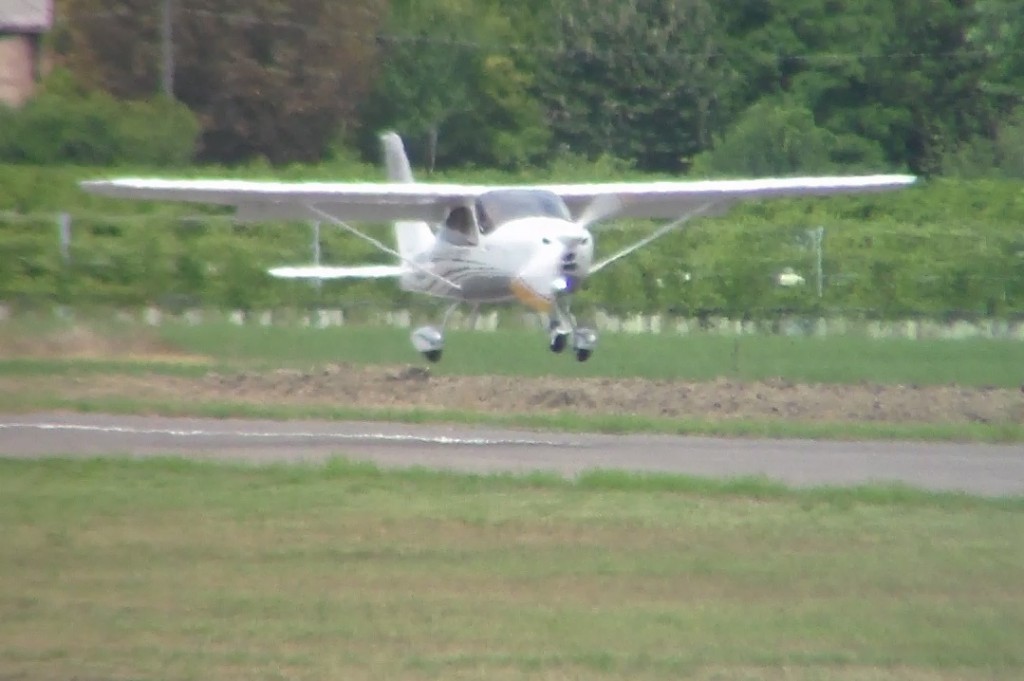 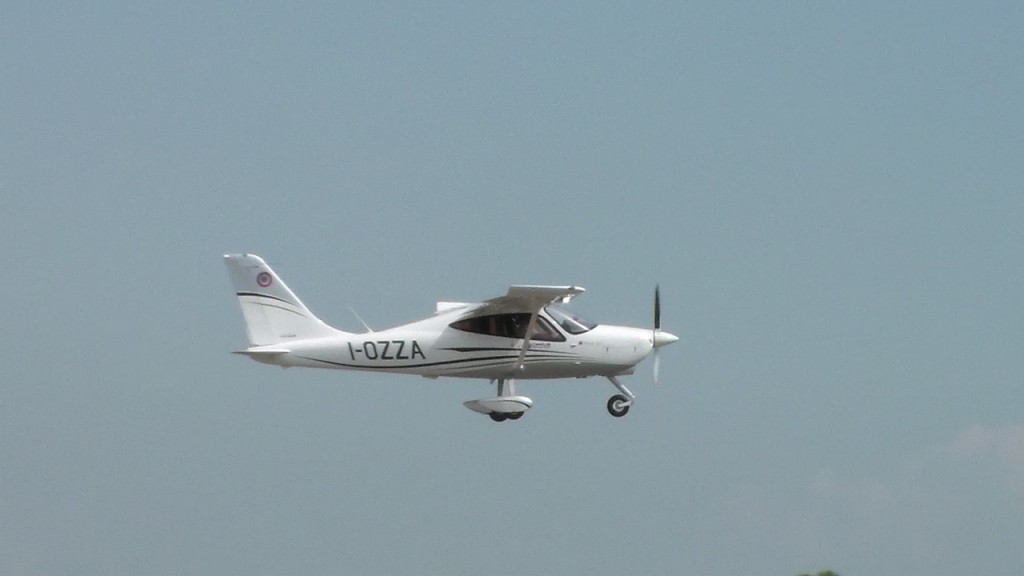 From Professor Luigi Pascale comes the latest addition to the TECNAM Fleet the TECNAM P2010.

Bringing together an advanced technology all carbon fibre fuselage with a metal wing and stabilator based on the best of TECNAM’s recent P2006T Twin and P2008offerings, this single engine, 4 seat aeroplane is set to be premiered at AERO 2011 in Friedrichshafen, Germany.

Utilising both carbon fibre and metal has allowed Professor Pascale to optimise aerodynamic quality and reliability.

Carbon fibre ensures smooth surfaces and allows for an elegance and styling you would expect from Italy. Metal is used for the wing and stabilator to provide further strength and stability.

Powered by a Lycoming IO-360-M1a (‘Lycoming Light’) engine, providing 180HP and 2700RPM. The wing is based on the well-proven NACA63A aerofoil. Through partial tapering, the design brings it close to the optimal lift distribution (elliptical).

The all movable type (stabilator) horizontal tail, a trade mark of all TECNAM aeroplanes, allows for excellent controllability and ‘hands off’ longitudinal stability.

The nose gear is free castoring and consists of a tubular steel leg connected to the lower engine mount attachments and is braced by a rubber shock absorber. The landing gear is also faired to minimise drag, whilst ground steering is by differential braking.

The TECNAM P2010 has a high fuel capacity (210lt, 46.2 imp. gal). The fuel tanks are installed in the wing box, behind the main spar, to preserve their integrity in case of an accident. Of course carbon fibre equals a lighter and therefore more fuel efficient aeroplane.

Tecnam has always paid great attention to comfort for both pilots and passengers. The cabin width also allows for a large instrument panel, with its modular design specifically tailored to allow the customer to fit either an analogue or digital instrumentation package 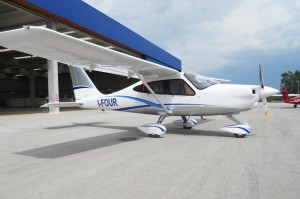 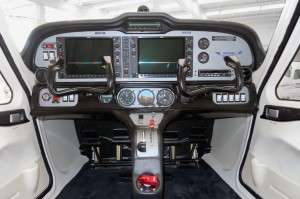 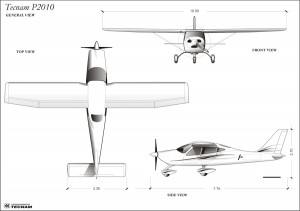 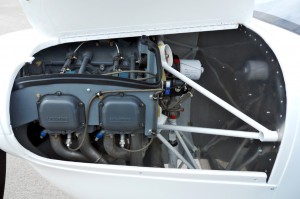 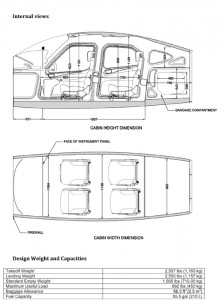 Think of Tecnam as a manufacturer solely of light sport aircraft? Think again. At this year’s Aero Friedrichshafen show, Tecnam announced three new airplanes destined for higher certification levels. In a surprise move, one of the new announcements was of the company’s new P2012 Traveller, a nine- to eleven-seat regional airplane destined for service in Part 135 charter and air taxi operations.

The P2012 came about with what the company called an “expression of interest” request from Cape Air, a short-haul regional airline with routes in the Northeast with Continental Airlines, JetBlue, and American Airlines as codesharing partners. Tecnam responded, and Cape Air signed for its first P2012 at the AERO show.

The P2012 is powered by two Lycoming TEO-540-A1A engines (which will run on avgas or auto fuel) of 350 horsepower, should cruise as fast as 213 KTAS at 10,000 feet, and have a payload as high as 1,980 pounds when fueled for trips of up to 200 nm. Basic empty weight is projected at 4,409 pounds, and max takeoff weight should be 7,253 pounds, at which weight maximum rate of climb is pegged at 1,600 fpm. The cabin can be configured as a high-density regional, for six-passenger executive use, or for medevac or cargo-hauling missions. First deliveries will begin in 2013, Tecnam says, and the price should range between $1.2 and $1.4 million.

Tecnam’s P2010 will be a roomy, 140-KTAS four-seater certified under FAR Part 23. Powered by a 180-hp Lycoming IO-360, the P2010 is aimed at the Diamond DA40 and Cessna Skyhawk competition. The airplane will be offered in round-gauge or Garmin G1000-equipped versions. Max takeoff weight is anticipated as being 2,557 pounds, fuel capacity will be 55.5 gallons, and maximum range should be 660 nm, Tecnam says. The airplane’s price will vary according to the choice of avionics and the vagaries of the dollar-euro exchange rate. Tecnam managing director Paolo Pascale said the price ought to sell for the equivalent of 180,000 euros, or about $250,000 at current exchange rates, and that first deliveries should begin in 2012.

Yet another new FAR Part 23-bound piston single was also shown off at Aero. The two-seat P92 JS LY (the “LY” is for Lycoming) is current certified in Europe under Joint Airworthiness Regulations-Very Light Aircraft (JAR-VLA), and American certification is expected by year-end. The P92 JS LY has a 115-hp Lycoming O-233-B2A engine that can run on avgas or auto fuel, and Tecnam says the airplane can cruise as fast as 118 KTAS and as far as 493 nm. The airplane’s two entry doors are bowed out, giving extra width to the cabin and making for a more comfortable training environment, Tecnam says