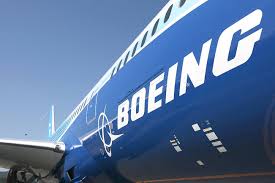 Boeing forecasts that 635,000 new commercial airline pilots will be required globally between 2018 and 2037.

The manufacturer’s 2018 Pilot and Technician Outlook shows that across the commercial, business aviation and helicopter segments, there will be a global requirement for 790,000 pilots.

That figure is down by 5.8% on last year, with the airframer expecting pilot retirements to peak in the 2018-2027 period. As a result, demand to replace retiring pilots will soften in the later years, as more younger pilots enter the industry.

Boeing also reduced its forecast for new commercial airline maintenance technicians to 622,000, down 4% from its forecast a year ago. This is due to more efficient maintenance practices, and reduced maintenance hours required over the life of new aircraft.

Asia-Pacific will also see the greatest demand for new commercial technicians at 242,000, also down 5%.